TOLERANCE AS TRANSFORMATIVE ACCOMMODATION OF DIFFERENCE

After the UNESCO had, in 1995, proclaimed tolerance not only as a moral duty, but also as a political and legal requirement, its meaning became increasingly subverted by populist discourse. With multiculturalism in Europe now proclaimed a failure, how can tolerance today ensure recognition of human dignity and social peace?

At the end of 1995, a few months after the Srebenica massacre and the rape of thousands of Bosniak Muslim  adults and children, in the midst of the genocide in Rwanda, and against the alarming backdrop of a general “rise in acts of intolerance, violence, terrorism, xenophobia, aggressive nationalism, racism, anti-Semitism, exclusion, marginalization and discrimination directed against national, ethnic, religious and linguistic minorities, refugees, migrant workers immigrants and vulnerable groups within societies” all around the world (DoPoT 1995: 9), the General Conference of UNESCO at its twenty-eighth session in Paris proclaimed ‘tolerance’ as “the responsibility that upholds human rights, pluralism (including cultural pluralism), democracy and the rule of law” (DoPoT 1995: 10). Further defined as “harmony in difference”, as “respect and appreciation of the rich diversity of our world’s culture”, tolerance was pronounced to be not only a moral duty, but at the same time a political and legal requirement (DoPoT 1995: 9). States were consequentially exhorted to implement impartial legislation and law enforcement, in order to prevent exclusion and marginalization of vulnerable groups and to enable respect for “the multicultural character of the human family” (DoPoT 1995: 10).

Multiculturalism as a state policy, however, came under severe attack only a few years later, most of all in Europe, where it had always remained strongly contested, even in erstwhile colonizing countries, such as Britain, France, or the Netherlands (Chin 2017: 3, 12-18; Gobel, Benet-Martinez, Mesquita and Uskul 2018: 859, 863). A major point of critique was that political and legal accommodation of multiculturalism was not leading to greater social harmony and integration, but to a proliferation of proclaimed ‘primordial identities’, and thus to an increase of potentially conflictive identity politics (e.g., Day 2000: 3). In an article from 2015, also Canadian philosopher Will Kymlicka, a leading thinker on multiculturalism and multicultural citizenship, finally conceded that the emancipatory impulse of liberal multiculturalism “is being subverted by the ‘essentialist’ way that cultures or identities are understood” (Kymlicka 2015: 219; see also Chin 2017: 270).

Primordialism, that is, the essentialization of ethnic and religious identities, as well as the linkage of both religion and race, like in the Jewish as well as the Muslim “other” (see e.g., Hafez 2019: 199-200), conceives of ethnic identities as being transmitted through birth and therefore as being biologically inherited, which means that they are thought to be “fixed across time” (Che 2016: 1). Ethnic or religious “strangers” are hence believed to be eternally different, and thus as “ultimately incompatible with one’s own ethnic group or religious community. As a result, primordialists easily buy into populist politics of fear and hatred (see also Kurth and Glasbergen 2017: 218-219), as has been the case, say, in the wake of the 9/11 terrorist attacks in the US, the murder of the Dutch journalist Theo van Gogh in 2004, the 7/7 London bombings by British-born sons of Pakistani immigrants, or the attacks on the French satirical weekly Charlie Hebdo in 2015 (see also Chin 2017: 3). Since then, Islam has increasingly been deemed incompatible with Western liberal democracies by politicians and citizens across the political spectrum harking back to an identitarian rhetoric from the century past. Let us recall, for instance, Margaret Thatcher’s public sympathy with people’s sense of being “swamped” by alien cultures (Chin 2017: 96), Jean-Marie Le Pen’s denunciation of “the corrupting influence of North African and Islamic culture, which would “make the French nation disappear before the next twenty years” (Chin 2017: 167), or German Christian Democrat Alfred Dregger’s reference to “human nature” as an explanation for “why too many ‘foreigners’ in Germany posed a threat to national identity” (Chin 2017: 158).

Populism and the Subversion of Tolerance

As a result, persons publicly identifiable as Muslims have generally been experiencing an ever more violent degree of discrimination in present-day Western liberal democracies (Chin 2017: 7, 259), which has in turn stimulated comparison with past and present instantiations of anti-Semitism (e.g., Hafez 2019: 201). Ivan Davidson Kalmar and Derek J. Penslar even suggested that Western images of Muslim “others” continue “to be formed in inextricable conjunction with Western perceptions of the Jewish people” (Kalmar and Penslar 2005: xiii). What is most important for our discussion here, though, is that both anti-Semitism and anti-Islamism are configurated on fears of some kind of imminent takeover of “us” by “them” (Hafez 2019: 202-204).

Interestingly, the growing political exploitation of primordialist fears for hate campaigns against Islam has been accompanied by a populist appropriation of the discourse on tolerance, which attributes intolerance invariably to “political Islam”. Since waves of Muslim refugees have reached Europe from  2015 onwards, after the Independent International Commission of Inquiry on the Syrian Arab Republic had established that in the context of the Syrian Civil War the Islamic State (Dā’īsh) had been committing atrocious human rights violations and crimes against humanity, a new tendency has been growing “to ask tolerance from others, without granting them the same freedoms” (Kurt and Glasbergen 2017: 222), that is, enough political rights, to be able to choose being tolerant, rather than acquiescing to European ways and ideas  from a position of nigh-complete powerlessness (see also Chin 2017: 298).

For, tolerance as a moral faculty is arguably predicated upon a person’s or a group’s actual “power to suppress the undesirable statement or behaviour”, yet motivating the respective person or group to refrain from doing so (Kurt and Glasbergen 2017: 215). Hence, tolerance is based on moral and political strength, and not on “weakness” and “cowardice”, as populists have been trying to convince us, by increasingly demanding tolerance from religious and cultural minorities, rather than from members of mainstream society, thereby effectively limiting those minorities’ freedom of speech (Kurt and Glasbergen 2017: 225-227).

Incidentally, by the time the first refugees from Syria were arriving in Europe, German Chancellor Angela Merkel had already publicly proclaimed the complete failure of multiculturalism as a way of governance. Her statement, which she had made in 2010, was soon echoed by British Prime Minister David Cameron and the French President Nicolas Sarkozy. It ushered in a pervasive politics of Leitkultur that has foregrounded Western liberal values.  (Chin 2017: 1, 237-238, 281-292, 304; see also Kurth and Glasbergen 2017: 213; McIver 2016: 4).

Interestingly, the term Leitkultur had been coined by Bassam Tibi, Damascus-born German Professor of International Relations at the University of Göttingen, Germany, and A. D. White Professor-at-Large at Cornell, US, in 1998. In his plea for a European Leitkultur, in which the ethnic and religious identities of all European citizens (i.e., citizens with and without a migration background) would at the same time be integrated and transcended by a common loyalty to European secular norms and values, Tibi had made candid reference to French laďcité and American constitutional patriotism, clearly denouncing multiculturalism as a form of governance that in his opinion would only create conglomerates of highly conflictive parallel societies without common normative orientation. In 2000, Angela Merkel appropriated Tibi’s Leitkultur as “German Leitkultur”, thereby misreading his original plea for common orientation towards a European, rather than a German set of norms and values (Tibi 2017).

However, criticism against multiculturalism has not only been levelled by conservative voices. In the 1980s, the Sri Lankan-born British Director of the Institute of Race Relations (IRR) in London, Ambalavaner Sivanandan, had already pointed out that institutionalized multiculturalism was “stripped of its anti-racist roots and remit”. It would thereby neglect the longstanding structural discrimination of non-whites in Britain. Moreover, multiculturalist policies of the state would undermine the unity of anti-racist immigrant activists, as their “ethnicized patronage” was setting them against each other (Chin 2017: 265-267).

Along with Sivanandan, member of the British Socialist Workers Party (SWP) Kenan Malik argued that the multicultural policies of the government were not responding to the needs of the Afro-Caribbean, the Bangladesh, the Pakistani, the Malayan, the Chinese, or the Hindu community, etc. Instead, these policies would impose state-defined collective identities on people. The assignment of blanket ethnic identities by the state would moreover ignore the internal conflicts of these supposedly homogeneous communities around gender, class and intra-religious differences, because authority and responsibility were delegated to so-called community leaders who were owning their status mainly to state policies rather than to a well-earned esteem within their own communities (Chin 2017: 269, 279-280).

In 2001, Ayelet Shachar proposed to solve intra-community conflicts and infringements of human rights through “transformative accommodation”. In essence, transformative accommodation is a mode of multicultural governance that does not allow any group or community within a given society sole authority over a whole social field (education, family law, urban planning, or environmental protection, etc.). Each social field is broken down into sub-fields Shachar called “sub-matters”, which are then allocated under different jurisdictions (Shachar 2001: pos. 1463-1561). In this way, every group has to constantly accommodate “alien” positions at least to a certain degree, which in turn promises to continuously transform the cultures of all groups involved in the decision-making (Shachar 2001: pos. 272, 1448).

In 2008, in the midst of heated public debates on the pros and cons of accommodating elements of the shari’a in British law, the Archbishop of Canterbury, Rowan Williams recommended transformative accommodation as a better way of arranging the relation between civil and religious law in the UK (Brocker 2012: 314-320). Although Williams included Cannon law and Rabbinic law in his plea for a greater accommodation of religious law, his initiative eventually met with massive protest from British mainstream society.

Tolerance as Mutual Accommodation of Difference

In 2008, too, the Council of Europe released a White Paper on Intercultural Dialogue that was subsequently approved by the Council of Ministers representing all member states of the Council of Europe. The paper offered a new paradigm for social policy that, in contrast to multiculturalism, was based on civic participation, reciprocal recognition, dialogue, and an active sense of being European (McIvor 2016: 4, 181).

Interestingly, in Europe, this interculturalist narrative has become strongest in the field of aesthetic performance, rather than in governance and law (see also McIvor 2016: 5, 13). However, interculturalism as performance practice does resonate with Shachar’s model, in that elements from different aesthetic cultures are accommodated, or reassembled, in new aesthetic expressions that transcend the conventions of each source culture. In that way, intercultural aesthetic performances may indeed inspire formulations of social interculturalism through their strong plea for tolerance as creative and mutual accommodation of difference (see e.g., McIvor 2016: 3-21, 189-194, 215).

That being said, such accommodation should go beyond hip and consumerist cosmopolitanisms, which readily discount anything that interferes with a positive consumer experience. If we define tolerance as the individual capacity, motivated by social peace, to voluntarily accept in an encounter with an Other that which is irritating, it demands, I hold, mutual recognition of human dignity in each other. 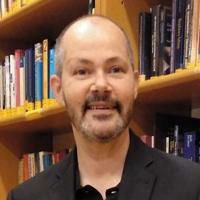